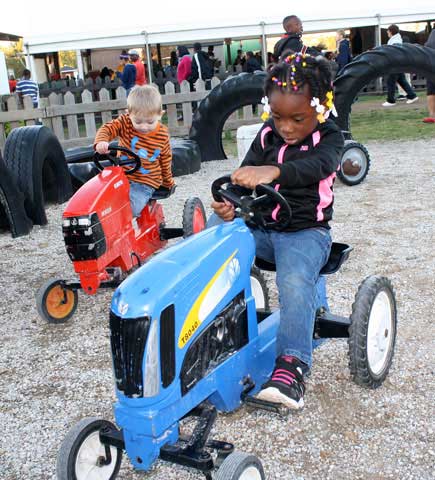 The Peoria School District 150 “Parent University” program has been around for several years, but a new approach during the 2016–2017 academic year has led to a great increase in family participation.

How Did Parent University Begin?

Peoria District 150 has “always wanted to connect with parents, to keep them involved so they understand what we’re doing,” according to Dr. Taunya Jenkins, the district’s family and community coordinator. Parent University has operated in the Peoria schools for about six years, but the format has evolved during that time, says Dr. Jenkins, who has headed the program for about three years.

Like any district, Peoria’s Title 1 funding requires it to set aside money for family engagement activities to cover such expenses as transportation to and from school-sponsored family events as well as various line items such as paying for speakers. Initially, Parent University functioned much like a PTO meeting; 10–20 people might be present on any given evening, but families were not attending the activities. Offering child care and a light meal tended to encourage more families to participate.

How Does Parent University Work?

Schools in the district typically have taken turns hosting Parent University’s evening events, each of which has a particular theme, such as personal finance or health and fitness. Child care was provided, and parents could have a meal and pick from a menu of related workshops or other informative activities led by people in the area who are knowledgeable about the topics. Parents can receive a certificate for participating. To get a sense of what topics parents would like to see addressed, the district has provided “exit tickets” after events asking for family input on future programs.

Teachers and other staff members help out during Parent University events at their host schools.

Family members who wish to become more intensely involved in decision-making in the school or district may enroll in a Parents As Leaders (PAL) program. PAL workshops are offered concurrent with the other Parent University sessions. Attendance in the PAL program has varied by year, depending on the number of parents interested in that level of involvement; Dr. Jenkins estimates typical PAL participation to be around 20.

From the beginning, the district hoped for districtwide Parent University participation, but even with child care and a light meal available, people tended to only go to the events hosted by the schools their children attended.

Dr. Jenkins and the Peoria district staff sought to change that dynamic for the 2016–2017 school year. They organized a series of evening activities at local businesses and public facilities such as an orchard, a museum, and the main library. The district sent buses to host schools and the high schools to transport people to and from the events. Food and supervised child care activities were available, and whole families could participate in crafts, workshops, and other activities. At one event, families could create ornaments together and have a family portrait taken.

Who Provides Child Care During Workshops and Other Activities?

Peoria Manual Academy students who are enrolled in a child development class have provided the child care for Parent University events; students get academic credit for this service. Dr. Jenkins commented that the district expects the child care experience to be educational and of high quality, and she has been pleased with what is now offered to children who come with their families to Parent University events.

What Provisions are Made for Families With Limited English?

The district always has translators available for Spanish-speaking families, and bilingual staff members are present at Parent University events.

According to Dr. Jenkins, “Looking from a family perspective, we’ve taken all the barriers out—child care, transportation, food. Going to two of the four scheduled events makes parents eligible for prizes.” In addition, the program has moved from offering light meals to providing full meals to participants. All of those factors brought families out in record numbers during the 2016–2017 school year.

During the previous year, 150–200 people participated in Parent University, and district staff had hoped to improve on that by 10%. However, the events that have taken families to interesting places in the community have generated much greater turnout. At a single 2016 event, 1,200 people from across the district attended. Ten buses were needed to transport them from their host schools and other pickup sites to the venues and back.

The local organizations and businesses that participated have been enthusiastic about their role, according to Dr. Jenkins. She noted that the 2016–2017 Parent University format is “out of the norm”—it’s not simply a series of meetings “where everyone comes and sits.” The program “ties in with children’s classroom experiences, excites the parents, and provides ideas for things families can repeat on their own.”

In fact, Dr. Jenkins said, “It’s like project learning—we don’t just talk about how water works; we actually took them on the Spirit of Peoria so they could see what it’s like, and we had someone talk about the river and the history. At the orchard, they went from looking at apples, seeing how they grow, to drinking cider made from those apples. These hands-on experiences that families have together actually expand on what can be done in class. This kind of learning together makes a deep impression.”